Evers signs off on budget 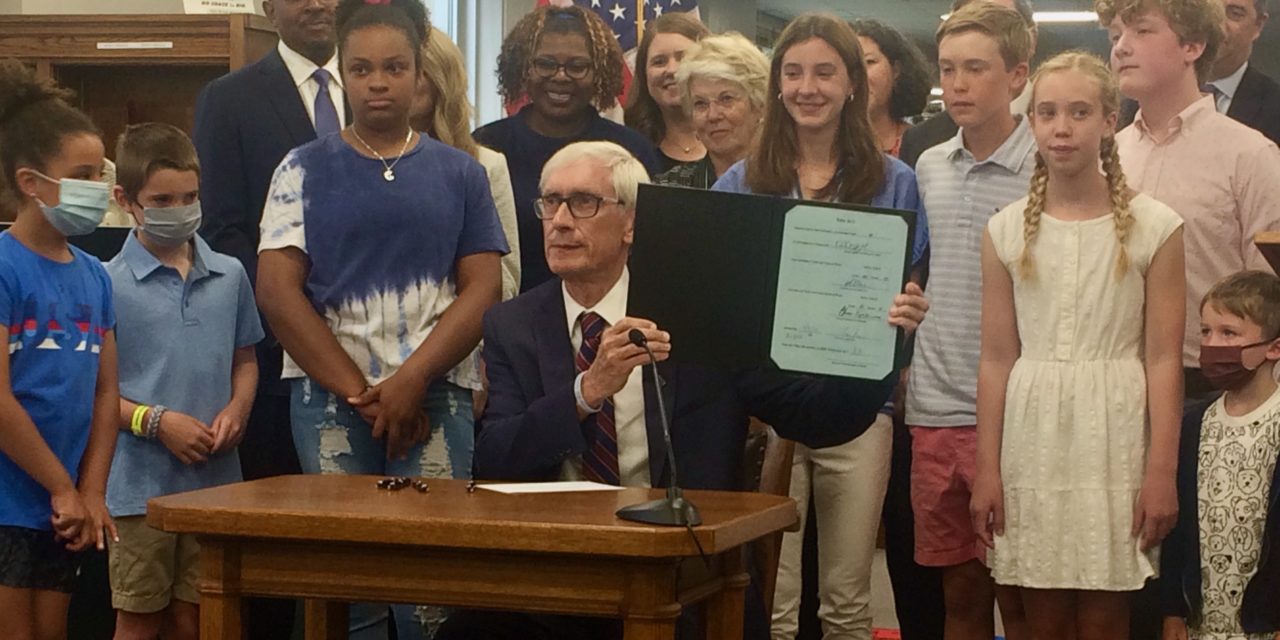 The spending plan, which passed the Legislature with majority Republican and some Democratic support, will boost funding for the state’s health and insurance programs by $3.6 billion.

Evers said the “budget fails to deliver on the support Wisconsinites need” after the COVID-19 pandemic. But he told reporters that vetoing the bill could risk $2.3 billion in federal funding for schools.

“Doing what’s best for our kids is why vetoing this budget is frankly out of the question for me,” Evers said at Cumberland Elementary School in Whitefish Bay.

Evers also said he will provide $100 million in new funding for public schools with federal COVID-19 relief money that he has the power to spend.

He used his veto pen to make 50 partial vetoes, with few relating to the spending plan’s health provisions.

Evers tweaked a provision that provides $15 million to Hospital Sisters Health System hospitals in Eau Claire and Chippewa Falls for mental health beds. He cut a requirement that the facilities be the primary receiver for emergency detention for two-thirds of the western Wisconsin counties specified in the bill.

He also modified a provision directing the Department of Health Services to award grants to employers who apply to the agency to organize blood drives, so the grants won’t have to equal $20 per blood donation and employers won’t have to retain documentation of each donation.