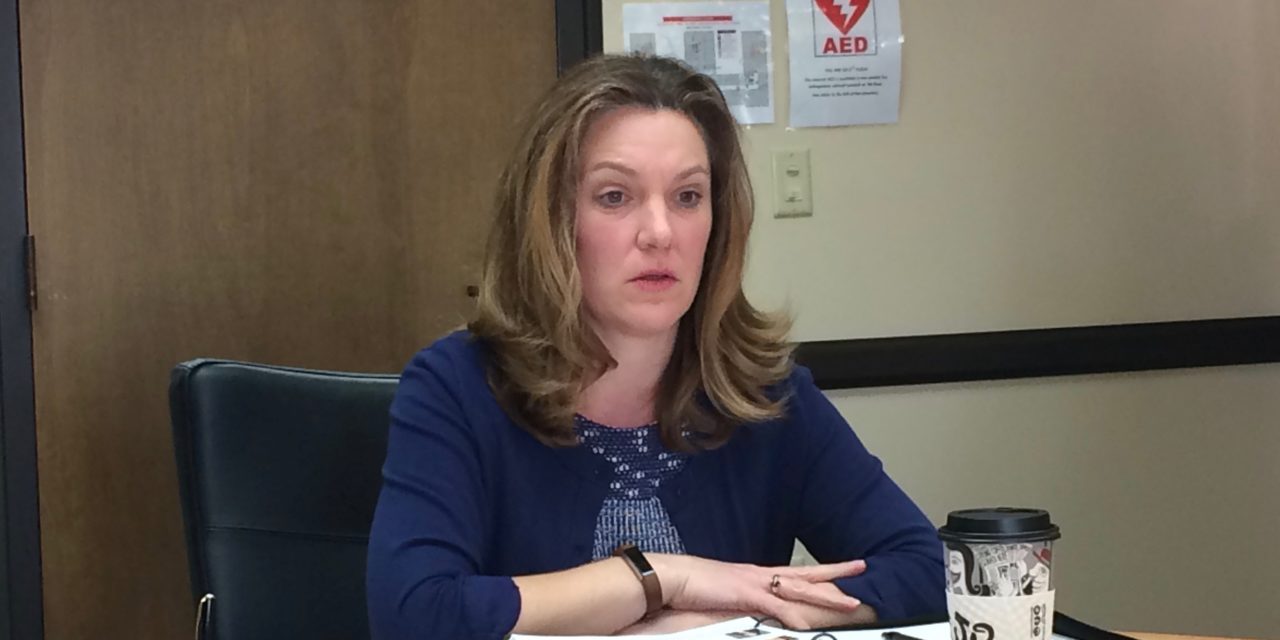 Gov. Tony Evers’ top health officials said Tuesday that they think they can convince Republican legislators to support Medicaid expansion – and there’s no backup plan for the budget health initiatives if they don’t.

Republican lawmakers have long opposed taking federal dollars to further expand the program. Assembly Speaker Robin Vos, R-Rochester, said in January that he asked Evers to not include it in his budget because it has “no chance” of passing.

But some GOP senators say they haven’t closed the door on expansion, although they’d prefer a plan that wouldn’t shift those with private insurance into the public program.

Palm, whose appointment is subject to Senate approval, said that Medicaid expansion will allow the state to make “historic investments” in its healthcare system by leveraging more dollars from the federal government.

“It’s a different day in Wisconsin,” Palm said. “I have come to this table and to this job interested in having a conversation with the members of the Legislature about how we get to yes. That’s how I intend to conduct the business of this budget.”

Palm said that many of the budget’s initiatives – including rate increases for hospitals, support for women’s health programs and investments in dental care, long-term care and mental health – depend on expansion to draw down more federal money.

“If you don’t do the expansion, we’ve probably got some nickels in a couch cushion somewhere,” she said. “But this budget is anchored in expansion.”

Medicaid Director Jim Jones said at a Wisconsin Health News event Tuesday that there’s “no plan B” for programs funded by Medicaid expansion if the proposal doesn’t move forward.

“We want Medicaid expansion,” Jones said. “And we’re willing to work with anyone.”

“In politics, these become like litmus tests – are you for expansion or are you against expansion?” he said. “I think it’s much more complicated than that.”

But Kooyenga said that Medicaid expansion proposals don’t take into account how much money consumers in the state will lose in federal tax credits that make Healthcare.gov insurance affordable.

He said that he’d like to focus on promoting people to get covered.

Testin was “relieved” that Evers wants to plow state savings from expansion back into healthcare. But he’s concerned about shifting individuals with private insurance to Medicaid.

“With the low reimbursement rates, I think that’s going to put an even bigger strain on the system as is,” he said. “If we’re going to have this discussion, I think we should at least entertain options for market-based solutions.”

He suggested looking to Arkansas that used a Medicaid waiver to help people buy private insurance. “I think that’s an approach that if we go down that road, I could personally get behind,” he said.

Testin would still like to see an increase in Medicaid rates if lawmakers deem expansion a “non-starter.”

Palm said that they’ve structured the budget to cover any potential cost shift that could come about from people transitioning from private coverage to the public program.

Around half of the 80,000 that would gain coverage through Medicaid expansion now have private insurance, she said. The proposed provider increases cover the difference between the reimbursement they got from private pay and what they get from Medicaid.

And providing Medicaid to the other half who are uninsured would reduce uncompensated care by around $50 million, she said.

“We tried to address that concern through baking it into provider reimbursement, so they get that cost shift plus,” she said.

Palm also said she wasn’t interested in other possible models of Medicaid expansion.

“I’m interested in getting to ‘yes’ on Medicaid expansion as envisioned in our budget,” she said. “That’s the conversation we’re going to have over the next couple of months.”