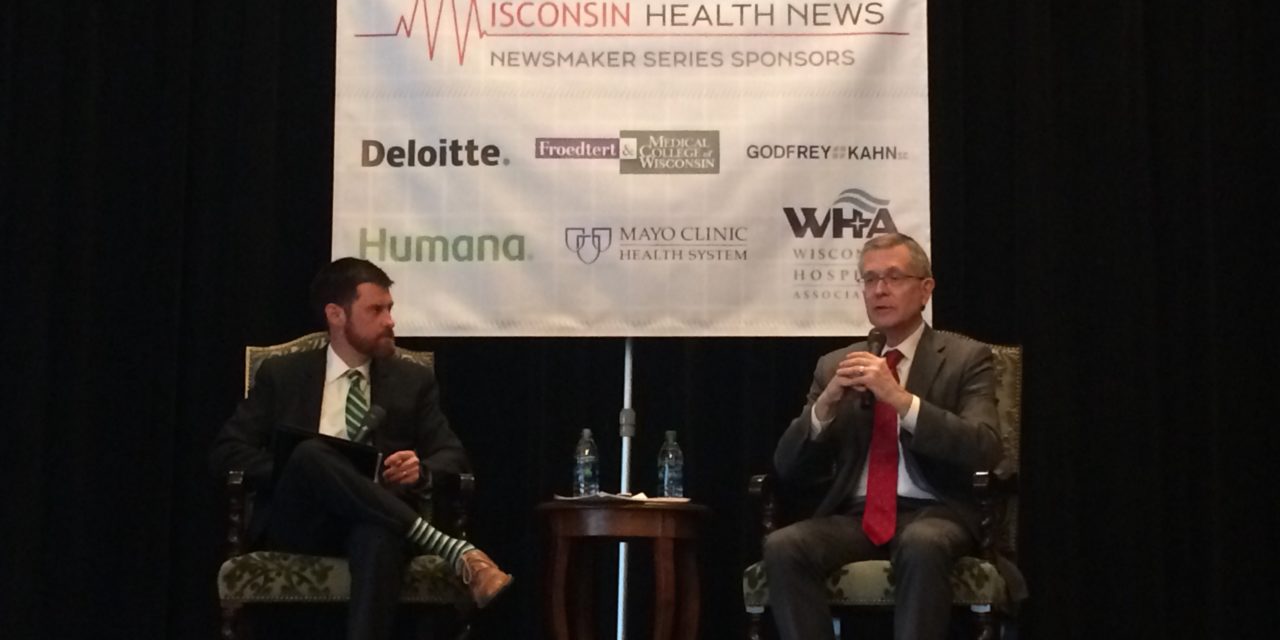 The Medical College of Wisconsin is “resetting” its initiative to address the social determinants of health in Milwaukee, CEO Dr. John Raymond said Tuesday.

The institution announced a partnership with the Greater Milwaukee Foundation in November on its Flourishing Lives Initiative. The effort aims to address health disparities in Milwaukee by co-locating foundation staff and some MCW departments at a single location in the central city.

“This is a full partnership, so we’re resetting to make sure that we’re starting fresh,” Raymond said at a Wisconsin Health News event. “We’ll probably rebrand the initiative. Flourishing Lives was a nice descriptor when it was an MCW program, but we also need to incorporate the concept of flourishing neighborhoods and communities.”

Raymond said the rebranding will happen through discussions over the next half year.

They’re looking at sites in three neighborhoods north of downtown Milwaukee that have the largest burden of health disparities in the community, he said.

Raymond declined to identify the locations they’re considering but hope to make an announcement in “the next month or two.”

They’re also in talks with local governments to ensure a commitment to improving transportation, housing and the development of jobs wherever they go, which will guarantee the project is a “catalyst for uplifting a neighborhood,” he said.

“MCW is not the first, and we’re not the best, to talk about community engagement,” he said. “But we are re-energized and we’re hoping to inspire others with expertise that we don’t have to invest in our partnerships and in the neighborhoods we’re going to end up in.”

Raymond said medical schools have a role to play in tackling the social determinants of health, like safe neighborhoods, good education and affordable housing.

“We have a moral obligation to serve humanity, and healthcare is one way to do it,” Raymond said. “But our institution also provides learning opportunities and our students are actually demanding that we take a more active role in uplifting this region and empowering people to have healthier and better lives.”