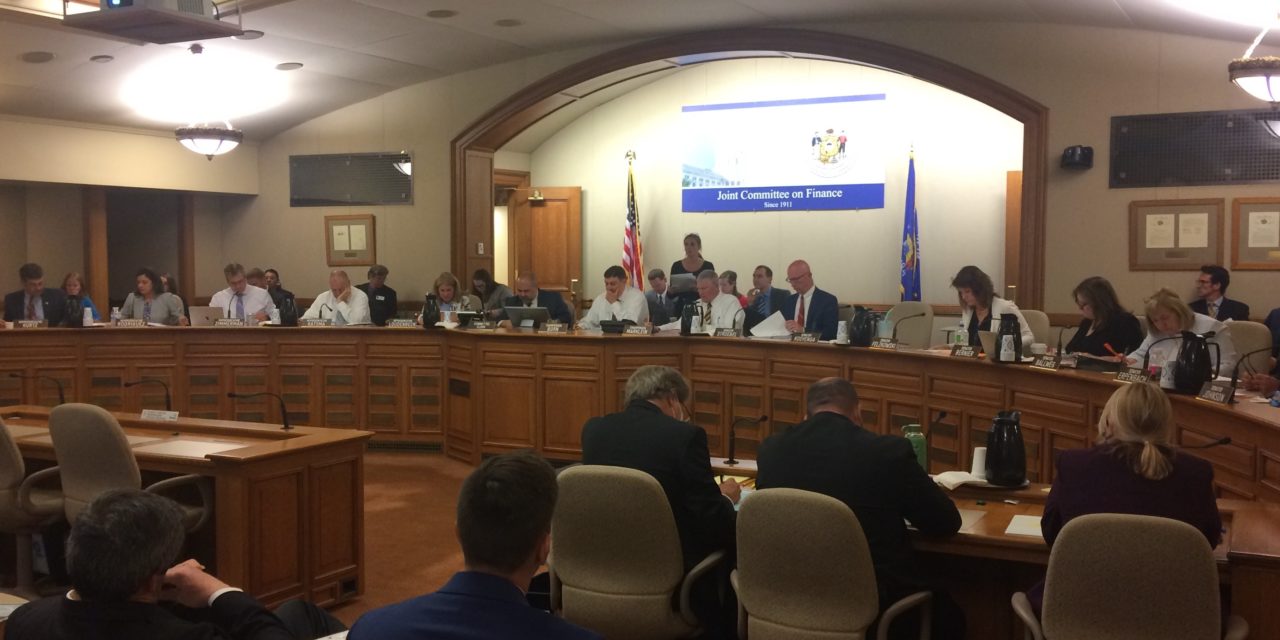 Republicans on the budget-writing committee approved a motion Tuesday night that would put hundreds of millions of state dollars into Medicaid over the next biennium, including investments in the long-term care industry, hospitals and a series of healthcare providers.

“We’re hearing from people and we’re taking steps to really make sure that our vulnerable are taken care of,” said Sen. Mary Felzkowski, R-Irma. “We have the funding to do something today, and we’re doing it.”

The motion, which passed the Joint Finance Committee on party lines on an 11-4 vote, would boost state spending on Medicaid by $547.7 million to meet the program’s cost-to-continue estimate for the next biennium.

It would put $98.1 million more in state money toward nursing homes, for a total of $252.4 million all funds over the biennium.

And it would provide $40 million more in state money for those direct care workers in the state’s Family Care program, for a total of $104.2 million.

The motion would provide $31.1 million in state spending to increase Medicaid rates for personal care workers, for a total increase of $78.3 million when combined with federal funds.

The amounts for long-term care facilities and workers are higher than what Gov. Tony Evers proposed in his 2021-23 budget.

GOP lawmakers also backed a provision that would provide $40 million in state funds, and $104.2 million in total, for disproportionate hospital share payments, which go to hospitals serving a high volume of Medicaid patients.

The motion would boost Medicaid dental reimbursement rates by 40 percent.

The motion would put $10 million in the committee’s appropriation for regional mental health crisis services or facilities in the second half of the biennium. More funding would go to crisis intervention training grants and the child psychiatry consultation program.

The motion would also expand dementia care specialists statewide. It would boost grant programs for federally qualified health centers and free clinics by $1 million in state spending annually each.

And it would raise the annual maximum amount of payments under the state’s reinsurance program, which helps lower premiums in the individual market, from $200 million to $230 million, starting in 2022.

It would also provide $9 million to improve the Injured Patients and Compensation Fund program claims system at the Office of the Commissioner of Insurance.

The budget would also expand postpartum eligibility in Medicaid an additional month to three months in the second year of the biennium, rather than the year proposed by Evers.

“The more we can give moms and babies good access to healthcare for as many months as possible, it’s a step in the right direction,” Co-Chair Sen. Howard Marklein, R-Spring Green, told reporters before the committee voted.

“We didn’t do anything for children’s long-term support waiver programs, Black women and infant health – we didn’t do a damn thing about that,” Johnson said. “The most vulnerable got absolutely nothing out of this omnibus.”

He said the committee could have done more to lower the cost of prescription drugs, support mental healthcare and address health disparities. He also criticized the motion for leaving out measures that would support efforts to control and prevent communicable disease in light of COVID-19.

And Goyke questioned why the motion didn’t expand Medicaid postpartum eligibility to a full year.

“One additional month? Ninety days instead of 12 months?” Goyke said. “You want to move the needle, the health outcomes for these women? Give them a year.”

Democrats on the committee also offered a wide-ranging motion that would incorporate provisions from Evers’ 2021-23 budget. Republicans voted down the motion 11-4.

Republicans ruled a Democratic motion that would expand Medicaid out of order since the committee already removed that policy from the budget in May.

The budget is still subject to approval by the Assembly, Senate and Evers.