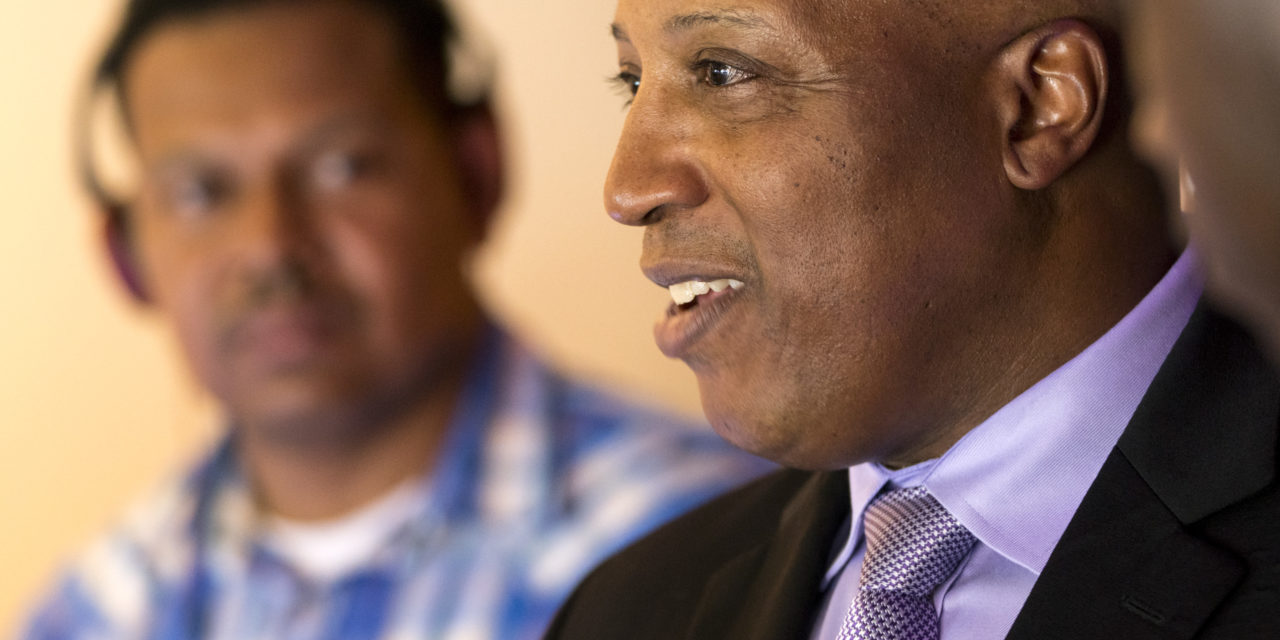 Time Magazine recently named Aaron Perry to its list of the most influential people in healthcare for his work providing health services to black men through a Dane County barbershop.

Perry, CEO of the Rebalanced-Life Wellness Association, started the Men’s Health and Education Center inside the JP Hair Design barbershop a few years ago.

The center, in Madison’s largest black barbershop, provides blood pressure screening, health info and other services to its clientele.

Perry received a grant this year from the Wisconsin Partnership Program to expand the model throughout Dane County.

“We have to think beyond what the current status quo is because it is just not working for black men,” he said. “We’re hopeful that this model that we’re creating will take on a life of its own.”

Perry spoke to Wisconsin Health News about the center and his plans. Edited excerpts are below.

WHN: Why did you launch this center?

AP: I used to be a client of a barbershop, of course when I had hair and I’ve shaved it off now. When I used to get my hair cut, I would hear the men coming in, the clientele of the barbershop, from all walks of life, African-American men of all ages. They would come in and they would talk about their health challenges. They’re having gout, feeling faint. “I was just diagnosed with diabetes. I don’t have health insurance.” Just a number of significant, chronic health challenges. And I remember the guys would get their hair cut and they would leave the barbershop.

And then I’m serving on several UW Health committees. I’ve served on the UW Health diabetic patient advisory committee and the UW Health patient family centered care committee. And one of the things that was consistently coming out of the committees was, “We cannot reach these men. We can’t get them to talk about their health challenges.” And I remember thinking, “Uh, that’s not accurate. Actually, they talk about their problems often.” And it dawned on me that we are trying to reach these men in the wrong place.

That was really what started this out-of-the-box thinking of opening up a men’s health center in a barbershop. Because for one, it is where the men are at. It’s where they go. They trust and they respect the environment. So that was pretty much a no-brainer that I wanted to open a men’s center at the barbershop so that we could reach those men that are talking about their health challenges and we can get them some support as opposed to just watching them walk out the door.

WHN: What services are offered?

AP: We do daily blood pressure screenings. We partner with Public Health Madison and Dane County. So we work with Debbie DeNure. She’s a dental hygienist. And so she comes in and she provides a free oral screening, checks for any concerns within the mouth. We also do diabetes testing. Dr. Jonas Lee, a primary care physician, comes in and does diabetes testing for us. We do a flu clinic. We have Edgewood College nursing interns. They do a 16-week internship with us. So they assist with us with doing the flu shots.

We do health education. We do lunch and learn, in which we bring in providers from the community to talk about any kind of health concern based on the surveys that we’ve completed with the men. So if the men are struggling, let’s say for instance, with diabetes, we bring in a specialist to do a lunch and learn. We see two things that are accomplished with that. We are getting the information into our men’s hands, but we’re also improving that relationship between the medical community and black men. We clearly see, based on the surveys, that there’s a significant disconnect and mistrust that’s still present. 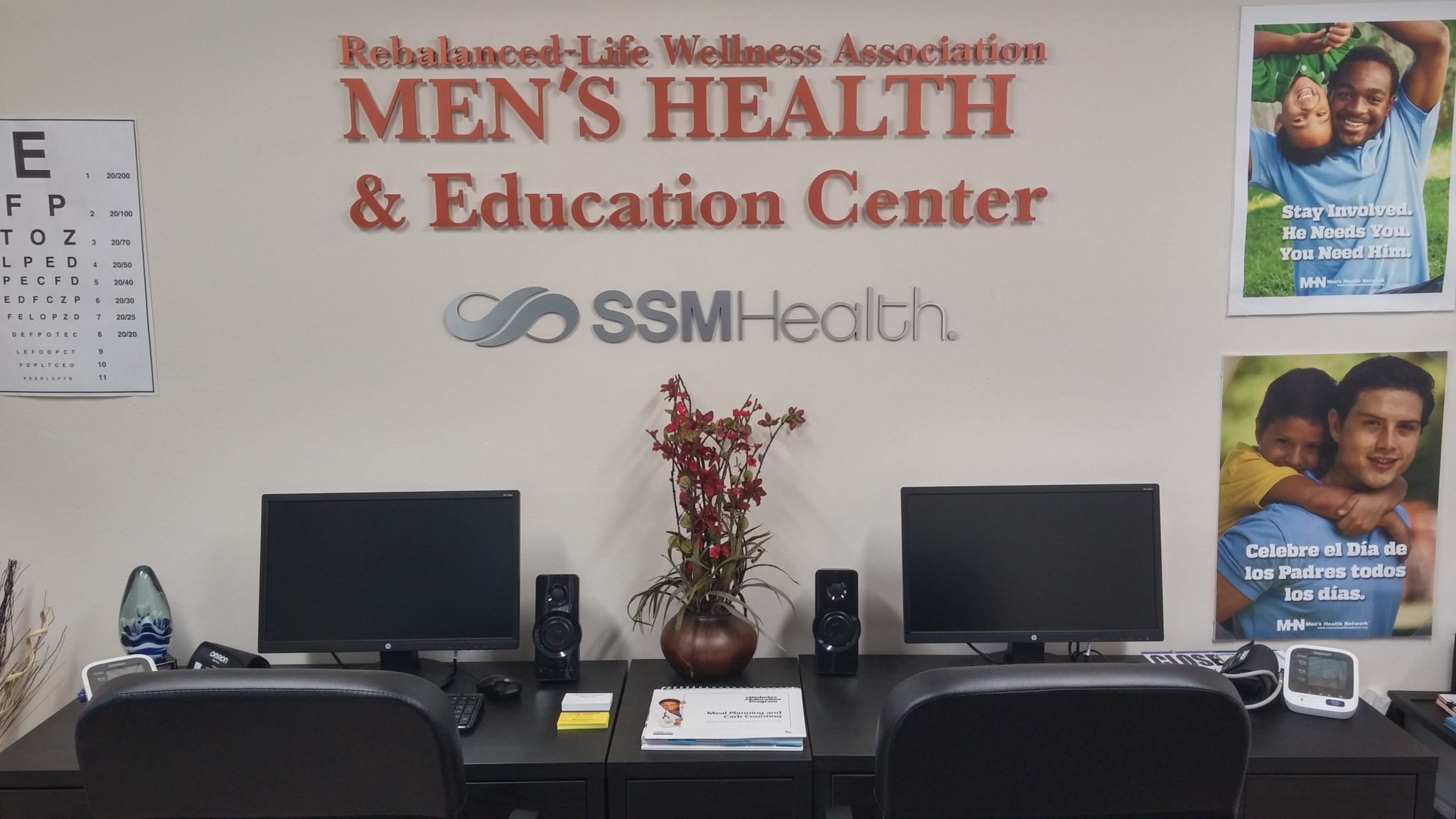 WHN: What are the results so far?

AP: We have completely changed the conversation in the barbershop. There was a time when you’d come in the barbershop and you’d hear men talk about sports or politics. And now, men come in and they talk about health. They talk about their numbers. Some of the guys, they come in and they may talk about, “My blood pressure was kind of high.” And they’ll say to that barber, “What’s a normal blood pressure reading?” These are the kinds of conversations that we’ve seen that we’ve changed some of the narratives and the conversations around men’s health.

The other part – I’ll give you a snapshot. After the Edgewood College nursing students completed their 16-week internship, they did an after-service report. And over the 16-week internship, they did 217 blood pressure screenings. Of the 217, 82 percent of the readings came back in an above-normal range. So what we know based on that is that we are reaching the men that need us the most… We also know that this year, we are already at about 900 men coming through the men’s health center, and that’s just based on our attendance and looking through a lot of the blood pressure screenings and other services that we provided.

WHN: You recently received a $300,000, four-year grant from the Wisconsin Partnership Program to expand. What are your plans?

AP: We now are working with a number of the other barbershops. There’s nine black barbershops in Dane County. So we’ve created the Barbershop Health Advisory Committee. With that committee, we’re actually pulling in all the other black barbershops and working with their clientele as well to provide very similar services that we do at the men’s center. And the other part of starting the Barbershop Health Advisory Committee is that it’s important that we are giving the same message, a consistent message. One unified voice, one consistent message is the goal.

Let’s say, for instance, the medical community is indicating that strokes are creating a lot of problems with black men in the community. Then that is a conversation that we are having consistently throughout all of the barbershops in Dane County, which in essence will help us reach about 6,700 to 7,000 men. What we do know is that there’s 15,600 black men in Dane County. We represent 6 percent of the population. So by doing this Barbershop Health Advisory Committee, we are potentially positioned to reach about 50 percent of the black men in Dane County.