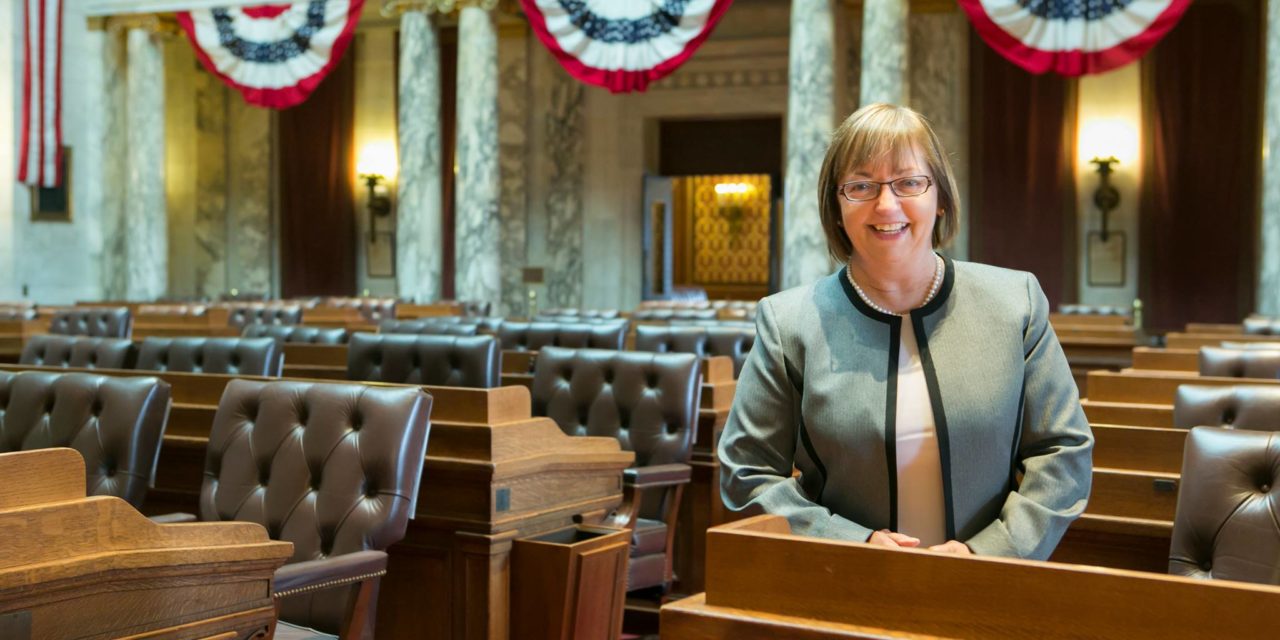 Among the measures are a series of grants targeting suicide prevention efforts, creating an interim license for psychologists to practice, and providing money for farmers to enroll in technical college courses on farm and business management as well as funding for a center that provides mental health training for schools.

“The more we talk about this, the more engagement there is,” she said in a recent interview. “Hopefully, we’ll come up with additional items that we can propose if not this session, then next session.”

Ballweg spoke to Wisconsin Health News about some of the task force’s recommendations and their next steps. Edited excerpts are below.

WHN: One of the recommendations in this report is a suicide prevention program at the Department of Health Services. Why is this needed?

JB: One of the things that we heard in the six task force meetings that we had around the state was that there are people doing work, but it’s really siloed and can be somewhat disjointed. So we saw, as an example, a few other states that have an office or a department that is assigned to take care of keeping track of what is happening, to raise awareness. We’re using this as an opportunity to take care of some grant opportunities for communities, the Gun Shop Project, those types of things. We’re looking to have that office be the state’s coordinator for all the work that’s already being done. We’re tasking them with things like developing resource guides, looking for grants that may be available through the feds, other organizations. So, be that go-to person in the state for anything that has to do with suicide prevention.

WHN: The report also recommends funding for local suicide prevention coalitions. Why is that needed?

JB: Another thing that we heard about – from Monroe, Eau Claire and La Crosse counties, in particular – was that usually suicide prevention is a piece of what public health does. And the outreach many times is community volunteers. There is no dedicated funding in a county to provide resources to do the outreach, do the public service announcements, to send (Question. Persuade. Refer.) trainers to churches in the community to train people how to be more effective and learn about how to talk to people that they may think have suicidal ideations. Training people how to be confident in asking those questions and then being able to refer them to a local resource.

So that is what those county or regional coalitions would be able to do with a little bit of money. I attended a suicide awareness walk earlier this month in Adams County and found that there is a public health department person who does some of the organizing. But anything they do actually is supported by donations in the community, selling their t-shirts and the lunches at the suicide awareness walk. So I think that we need to enable our communities to be more proactively involved in telling people that they’re not alone, that there is treatment that’s available for folks and encouraging folks to reach out.

WHN: Additional money would head to peer-to-peer support groups. What are those groups doing now?

JB: I’ve been aware of a couple of these organizations for some time now. Hope Squad, which is out of Utah. Sources of Strength is another one. NAMI actually has one and I know there’s another one outside of the Milwaukee area called REDgen. These are evidence-based, peer support groups, trained by the organizations to have a school liaison or a school leader just like you would for any organization or club, and, such as in the Hope Squad, the students themselves nominate individuals that they feel would be people that they’d talk to if they had a crisis situation. And those youth then are trained in QPR. They do suicide awareness week events at school and have themselves there to be the ones that an individual can reach out to and talk about what’s happening with them and resources.

I’ve known about these organizations for a while. We did a screening of the Kids in Crisis’ ‘You Are Not Alone’ documentary that was done by Milwaukee PBS in cooperation with the USA Today Network-Wisconsin and the Milwaukee Journal Sentinel. We just did another screening of that here in the Capitol just as we did at Ripon College as one of our task force meetings with several of the youth who are in the documentary on a panel. This is something that they have said over and over, that being able to reach out to a peer that understands what they may have gone through themselves with their own lived experience or someone who will be empathetic to what someone’s going through has been a very effective way of getting help for people and reassuring people that they’re part of the community and they’re valued.

WHN: There’s also funding for the Gun Shop Project. What does that entail?

JB: This is an additional grant opportunity that we’re asking county or regional coalitions to get on board with, to then provide the connection with the Gun Shop Project, a national organization, to provide training for gun shop owners and workers so that they can better understand an individual that might come in and what the questions or comments that they might be making that could indicate that they are purchasing a weapon possibly for the purposes of taking their own lives or harming themselves. Making sure people realize that there is federal law that would encourage folks or allow folks to not sell a firearm to someone that they had a concern with. Also to provide funding for gun safes or trigger locks or other types of protective equipment that people might want to include in their own homes if they’re buying a weapon. But also to provide gun safes for those locations. So if an individual, a family member has a concern, they would be able to take the weapons that were in their home and have the gun shop hold them in a secure means so that they were not available to someone that they had a concern about it.

WHN: The task force also recommends a continuing education component for some healthcare professionals, like primary care doctors and behavioral health specialists, to renew their licenses. Why is that needed?

JB: Research shows that 45 percent of all those who take their lives by suicide have visited a primary care physician in the month prior to taking their lives. I think that there should be support for getting everyone in those professions a little more information on how they can address concerns that come to them on possibly a daily basis or to watch for the signs of someone who might have suicidal ideation.

WHN: Some Democratic lawmakers deemed the report incomplete because it didn’t include a proposal for a red flag law, allowing courts to temporarily disarm people who may pose a risk to themselves. What’s your response?

JB: I understand their concern. However, the 10 proposals that we have put forward I think will be very effective in creating awareness, reducing suicides. And the goal of the task force was to come up with bipartisan-supported proposals. So although it wasn’t everything that everyone wanted, I feel like we have found common ground in moving forward with something that will make a difference. I’m quite hopeful that these proposals that we have presented today and will be going up for co-sponsorship in the Legislature will be passed by both houses and on the governor’s desk. And hopefully, he will also see these are steps in the right direction.