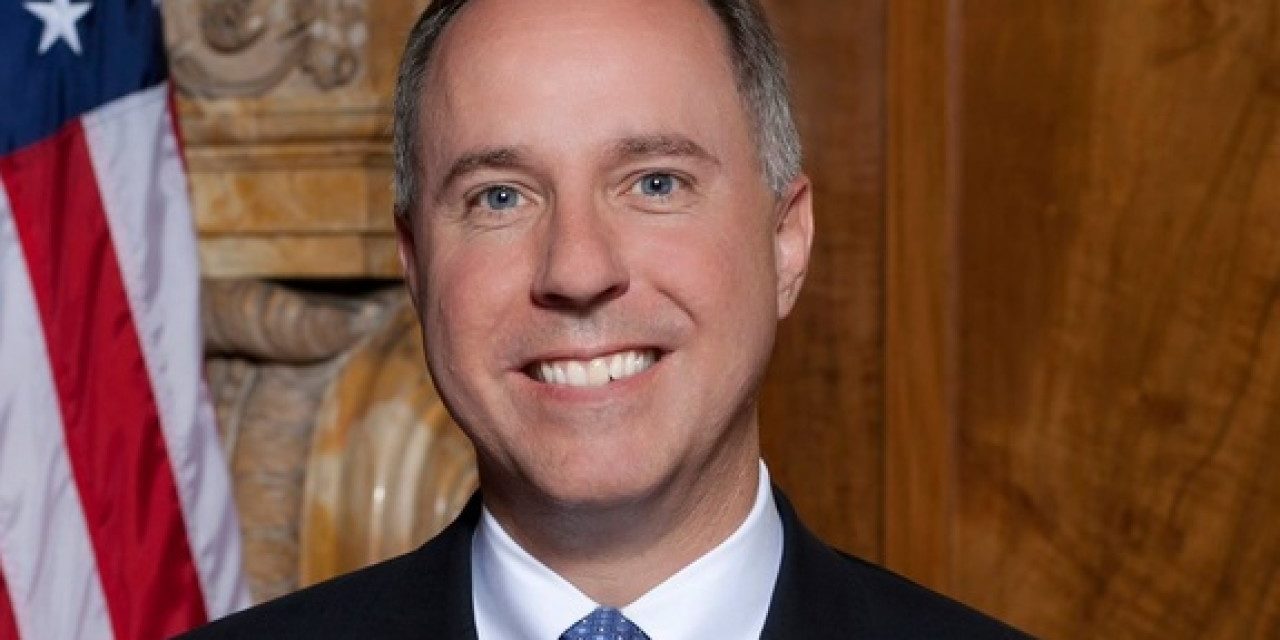 Speaker Robin Vos, R-Rochester, said he believes that Gov. Tony Evers’ approach to the COVID-19 pandemic hasn’t been inclusive enough, which is why legislators are pursuing a lawsuit seeking to block his safer-at-home order and pursue an emergency rulemaking process.

Evers’ administration has maintained that the process would take time and hurt the state’s ability to respond to a fast-moving pandemic.

Vos stressed that the action is not a dispute over how to fight the virus.

“It’s about how in a democracy, in a republic, elected officials work together because they have to, not always because they want to,” he told Wisconsin Health News in a Wednesday webinar.

Edited excerpts from the interview are below.

WHN: Given partisan divisions at the Capitol, are you confident that you’ll be able to come to an agreement on an emergency health order if the court rules in your favor?

RV: Reasonable people have to be able to find an answer and show that this can be done. It’s being done across the country. I would say this also – from my perspective there should not be a Democrat plan and a Republican plan to fight the virus. There should be a Wisconsin plan where every single person has the ability to come together, understand that perhaps that it’s not everything that they wanted or everything that they think should happen, but it certainly is something that the whole state can buy into. Because what we’re already seeing on nice days like today and around the state, every day that goes by, there is less and less adherence to the restrictions that Gov. Evers put into place. So we do not want this to be partisan. I want this to be where the whole state can say, ‘We believe in what Gov. Evers is doing. We believe that it’s the best possible plan because all elected officials had a chance to have input.’

So on my call with Gov. Evers, I brought up the fact that look, I pray for him daily. I think he has a really hard job. I think he is doing the best he possibly can. But he is getting one set of input, primarily from those on his staff and the people that he chooses to reach out. Legislators are getting different input. Because we are still out in the community where we can. We are doing constituent calls with people who are angry because the order is too strong and angry because the order isn’t strong enough. So the input that we are getting I think is dramatically different than the few people Gov. Evers is able to touch base with on a daily basis.

I think that input that all of us could put together where health experts, the business community, frankly every single industry in Wisconsin, including healthcare, needs to have a seat at the table and I don’t think they’ve had that yet. So I think this is one of those examples where we’re going to have to find a way to get it done.

WHN: How would you get expert advice involved in the process? What health groups have you sought advice from?

RV: I have met with everybody from hospitals to nursing homes, public health to those who are involved in the private sector in each different kind of medicine, from natural like chiropractic all the way to the people who deal with ambulatory surgical centers. So there is a wide variety of ideas and input and I think we’ve got to have a few things that we set down as basic standards.

God forbid we go through this same tragedy again, but it’s certainly not impossible for that to happen. So I do support the idea of the department being able to have a rapid response in a limited circumstance like a small outbreak in one local municipality. I think that’s a difference from literally looking at the entire state. We know that there are counties in Wisconsin that still don’t have any cases today. And they are treating that no differently than somebody who has had a major outbreak in one municipality. So I think the ability to be more targeted is a good idea that we have to be able to work through.

Making sure that we have the opportunity to listen to testimony from experts. I think one of the things that’s been challenging, actually it’s been a good thing and challenging, is that everybody has the ability to look at Facebook or the social media or the internet to do their own research. And they are able to find data that supports a viewpoint that they already have a bias toward believing…I think that’s why having an open, transparent process where an expert would come in, they would give testimony, they would bring all of those folks in. And it doesn’t have to be over weeks. It could be over days. But the public needs to have confidence that the information that we are getting is well vetted and thought out not through some kind of magic box that nobody really understands.

WHN: Do you support taking any steps, if the state does open regionally, to restrict travel?

RV: I think that’s already happening naturally. When I talk to my constituents, even where I live in southeastern Wisconsin, there are a ton of Illinois license plates. And that is not something that we are going to be able to have literally police stand at the border and stop people from coming into Wisconsin. I don’t think we want to advertise. I don’t think we want to try to bring tourists here right now more than would naturally come.

But the idea of saying that we’re not going to allow folks to open up their bar in Door County or their facility in Minocqua because somebody from another part of Wisconsin might come up there is ludicrous. I think we need to treat people with the respect that they deserve, to say that they need to be socially distancing. They need to be doing all of the cleaning and work necessary to keep their employees and their customers safe. To somehow think that only when government says they can open that will happen is not fair in my mind.

Because in a lot of those places, if you’re in Minocqua, the grocery store is open. The hardware store probably is open. You’ve got major retailers. So as I said to somebody yesterday, ‘I don’t understand how you can go get a key made at Walmart or buy flowers for Mothers’ Day but somehow if you go to the flower shop or the key shop that would be a major threat to public health.’ It just doesn’t make any sense to me.

WHN: Health experts have said that social distancing is working to stop the spread and that easing restrictions too soon could cause more deaths. How do you respond? Is there a risk of opening too soon and causing some deaths that could have been prevented?

RV: To use Gov. Evers’ analogy, in my mind, it is turning a dial. I think that’s incredibly accurate. It’s not just flipping the switch. I guess from my perspective, I look at it and say, ‘We had a very, very good opportunity for us to go through and use the tools that we knew were important to have happen – social distancing, flattening the curve – and that those were really good goals.’ So knowing that flattening the curve was our goal and the opportunity for us to do that, I think we’ve been successful.

We know there are already Wisconsinites who are not getting the preventative care they would normally get and we are unfortunately going to see an increase who suffer from diseases because they didn’t get preventative care. There’s a huge push in the last 20 years that prevention was the way to help deal with the healthcare cost curve, right? Get to diseases earlier, Help to make sure people get dental care, all of the things that we have now been putting off for two months. I don’t want to necessarily have a transference of who ends up dealing with the health issue because we refused to act either. I want to make sure we do everything we can to keep people safe, we make sure we have it done wisely…

There is no perfect answer. I guess I’d prefer for us to have that slow, gradual reopening to show people that we can get back to normal perhaps by the end of the year. But as you mentioned before, there’s a possibility we’re going to have another flare up. God forbid that we do. We have to be able to say go up and go down if some kind of flare up happens.

WHN: What are some areas of common ground with Evers’ administration?

But the idea of having an essential business list where you have to know somebody to try to get an exemption and they hired tons of lobbyists to lobby them to have people put off and on the list. And somebody literally gets arrested or threatened with arrest for opening up a dog grooming shop, and now all of a sudden, now all dog groomers are exempt. It just seems to me way, way, way too bureaucratic and not transparent enough. So I hope that those at the end of the day will be the criteria we better utilize in a plan that we can all agree on. I’m just going to keep saying it because I believe it. There should not be a Gov. Evers’ plan and a Republican plan. I would love for us to have a Wisconsin plan.