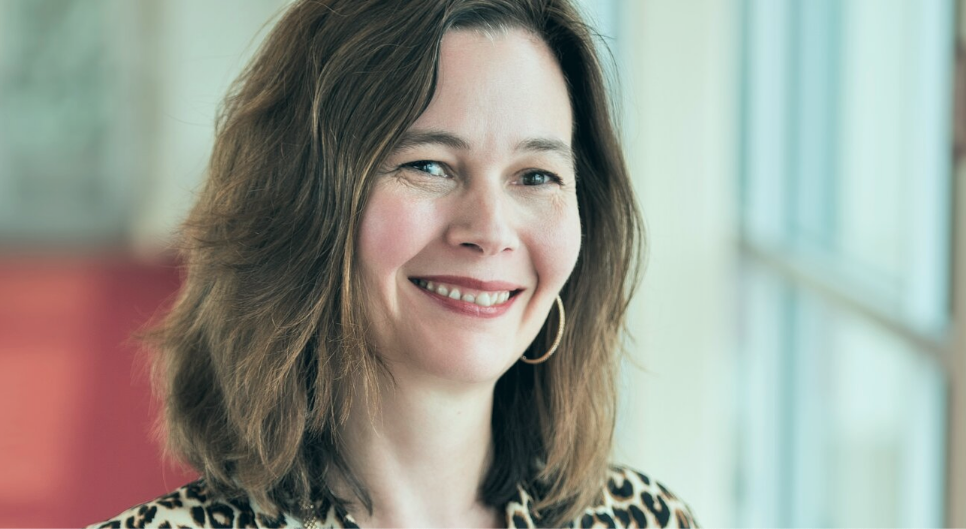 Madison-based Kiio plans to expand its offerings to provide a full spectrum of care for musculoskeletal pain.

The digital therapeutics company offers a care program for back pain that involves coaching patients through exercises and education on their smart devices.

The company is working on similar programs for knee, neck and hip pain that it plans to release later this year or early next year.

“The pandemic has shaken things up in a way that provides significant opportunity,” she said in a recent interview with Wisconsin Health News.

And they’re working with national health plans and employers, like Walgreens, Tufts Health Plan and UnitedHealthcare.

Zeller became CEO in April after being involved with the company since its creation in 2012. She noted Kiio has a high percentage of women in leadership roles and broke down some of the ways that it’s worked to increase diversity.

Women often have to juggle multiple demands, like raising children and caregiving, making them more likely to deprioritize career advancement for a period of time, she said.

It’s important to provide flexibility for those juggling such demands, not penalize people for taking career breaks and support those re-entering the workforce.

“Speaking from personal experience, I made a major career pivot when re-entering the formal workplace after many years of part-time consulting,” she said. “Being successful in that re-entry and pivot absolutely required my determination, hard work and passion. But it was also enabled by leadership which was visionary in thinking outside the box and in providing opportunity and focused, sustained mentoring to high potential employees.”

Edited excerpts from the interview are below.

WHN: There’s a ways to go before healthcare industry leadership reaches gender parity. What are some of the barriers to boosting the number of women-led health tech organizations? What can be done to address those barriers?

LZ: A large percentage of the healthcare workforce is female, but a very, very small percentage of digital tech startups in the healthcare space are led by women executive teams. So definitely a disparity there. I think that the causes are multi-pronged. Where I’d really like to focus is what can we do about it. And at Kiio, we have long had a policy of not making hires specifically to achieve particular metrics. We don’t go out specifically to hire a woman, for example, for a particular position. We’re going out to hire the best person possible for that role. You will notice that in the last four strategic hires that I’ve made since April, three of the four have been women. Kiio has a very high percentage of women in leadership roles.

I think that there are a couple of things that we do as a company to grow our diversity because by being a diverse workforce we add significant value to our products by bringing that diversity of perspective into the product, into our discussions, into our strategy. So, number one, focusing on a culture that is open and inclusive and is therefore attractive to a broad range of candidates, not only gender diversity, but diversity across the spectrum. Number two, really looking at ways we grow people within the organization, looking at the potential in people and definitely growing people to achieve their fullest potential and similarly making that very obvious to candidates. So candidates are aware that there is a great opportunity at Kiio and that we’re an inclusive culture and that we value the input and perspective of each contributor. And then third, making sure that when we are recruiting, making sure that when we are doing our searches, that we are doing them broadly enough and in a manner that’s going to bring in a diversity of candidates so that we have the best possible pool of candidates to choose from.

One other point that I would make is that mentoring has been for me personally a tremendous opportunity to really grow and realize my potential. And mentoring for female executives is not limited to mentoring by females. So during the course of my career, I’ve had two very significant mentoring relationships, one with a woman and one with a man. Both mentors have provided tremendous assistance to me in really realizing my potential. They’ve looked at my potential as well as what’s actually on my resume and they’ve helped me achieve my goals, provided counseling, et cetera along the way that has been instrumental in me being able to make the difference in the world that I’m making right now. So I think that each individual should be looking at how they can pay things forward. I certainly think about that. How can I pay forward the benefits that I’ve received when being mentored?

WHN: What type of impact has Kiio had?

We then look at what’s actually happening in claims data. So we have done longitudinal claims database studies looking at our impact on both pharmaceutical utilization and medical utilization in real health plan populations. And what we find is very significant reductions in both opioid use, over 79 percent in one study we did with Quartz Health Solutions, and around a 25 percent reduction in opioid use in a WEA Trust study as well as significant reductions in non-opioid prescription medications so, for example, over a 60 percent decrease in benzodiazepines in our participants. We also look at overall medical spend. And both health plans that we’ve done studies with have seen an over 50 percent reduction in low back pain related medical spend in participants, 53 percent in Quartz’ case, 64 percent reduction in WEA Trust’s case. And the really meaningful proof of that is that the reduction has come in the use of what are commonly over utilized diagnostics and treatments. So diagnostics and treatments very often are utilized not following clinical practice guidelines. So for example, MRIs, injections, surgeries and a really significant decrease in the use of urgent care.

We have also begun looking at work impact, and some exciting new data that has come out is that over 70 percent of Kiio users report that they have increased work productivity since beginning Kiio. We also looked at members’ reports for non-prescription pain medications. And again over 70 percent report a decreased use of over-the-counter pain medications.

WHN: How has the pandemic affected Kiio?

LZ: Obviously, a pandemic is a terrible, terrible occurrence. But it has really shifted the landscape in healthcare as well as society in general. And it’s really a watershed moment for digital therapeutics in a very similar way it’s been a watershed moment for telehealth. Digital care delivery models across the spectrum, from purely digital therapeutics to digital therapeutics that involve some sort of coaching or ability to interact with a human being, are now viewed as an absolute necessity, not a nice to have by payers and by consumers. Consumers’ expectations about how they want their care delivered and what is possible in care delivery have shifted significantly as well. So long term, this has significantly increased opportunity in the digital therapeutics space. Interestingly, in the short term, while a few sale cycles have been lengthened if a client is busy in crisis management mode, other opportunities have actually accelerated because the client is attempting to solve a critical access to care issue or employees or members who critically need the ability to manage their chronic musculoskeletal condition in the safety of their home.

LZ: Our vision is to be the most effective, most member-centered way for health plans and employers and people to reduce the physical cost, the emotional cost and the financial cost across the spectrum of musculoskeletal issues. One of the key items on our roadmap is the release of digital therapeutic solutions across the spectrum. We are also stepping on the gas in commercialization of the products. We’re in growth mode. We’ve made multiple hires recently and you’ll be seeing very significantly increased market penetration. Then we’re also looking at some new markets and some very interesting partnership opportunities.