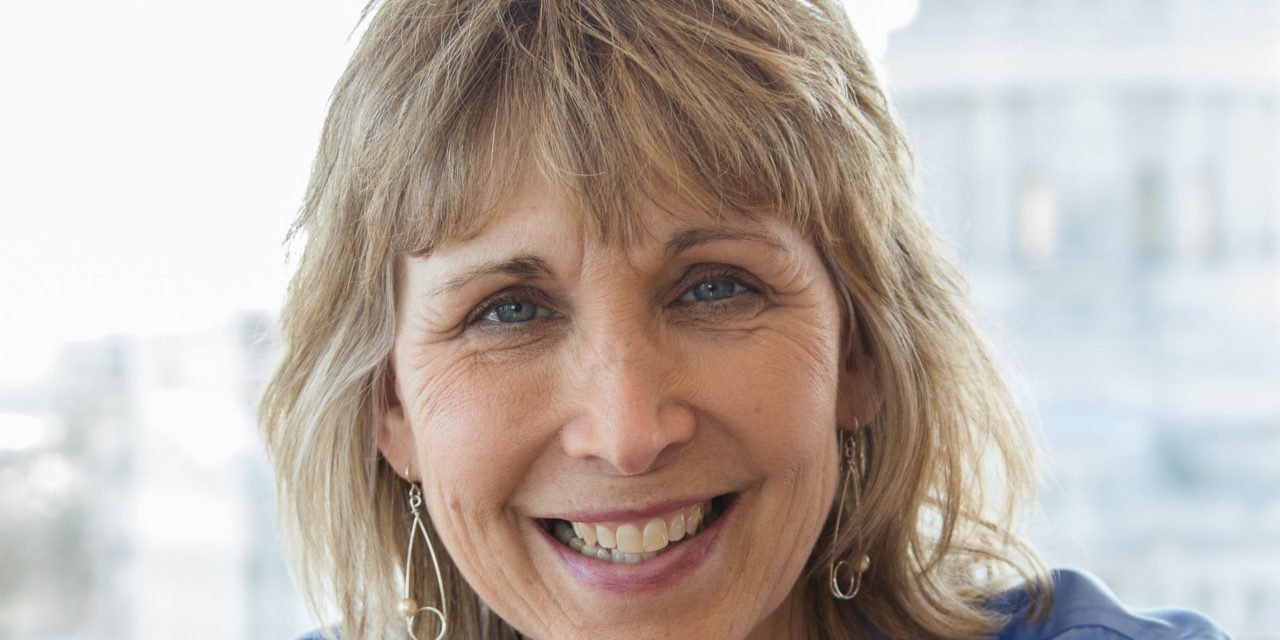 BioForward Wisconsin is looking to raise the profile of the state’s biohealth industry on an international level.

The trade association recently inked a memorandum of understanding with BIOQuébec, a network of biotechnology and life sciences companies in the Canadian province, that aims to advance relationships between the two region’s companies and promote the biohealth industry.

BioForward Wisconsin CEO Lisa Johnson recently spoke to Wisconsin Health News about their efforts as well as how her members have pivoted to support the response to the COVID-19 pandemic.

WHN: How did this agreement with BIOQuébec come about?

LJ: One of our board members is Nicolas Paris, the CEO of Gilson. Gilson has both a French operation as well as a Madison-based operation. And Nicolas, like myself who has a lot of international experience, realizes the importance of international connections. Certainly, it’s extremely critical for young companies, but even larger companies, just having global connections, whether its next innovations, potential partnerships. So Nicolas is really the one that started the BIOQuébec relationship. He’s also a Frenchman, so it was a very natural fit. He could speak French with the Montreal-based organization. And he had also gone through the Canadian consulate and just thought, ‘Hey, this could be a good thing.’ Because I had spoken to him as I listened to a couple of the larger associations that are similar to us out of California and Massachusetts. They really promote how they’ve expanded their international partnerships, trying to help their own companies under their associations.

So Nicolas got this going, and I connected with them. And they’re a small organization like us. Québec is very similar to Wisconsin. They kind of compete against Toronto and Ontario. We kind of compete against the coasts and just trying to get recognition. It was just a natural fit, two kind of underdogs coming together and just saying, ‘Hey, are there ways that we can educate one another? What’s happening both in Québec and Wisconsin? How can we create more opportunities for potential partnerships? Some don’t know what’s going on in Wisconsin. We don’t know what’s going on in Québec.

And certainly our goal from BioForward is not just to stop here. It is really to increase the number of international relationships, just to bring opportunities and perspectives from other areas. And definitely partnerships is a big thing coming up. There’s potential between companies large and small and definitely also our research institutions. So really just kind of expanding our reach to make sure we are giving opportunities to our member companies.

WHN: Do you have any similar memorandums of understanding with other international organizations?

LJ: Not yet. That is a goal of ours, to increase it. I definitely want Europe. I worked for a company in Germany, Merck. I would see us looking at Germany and France, UK. I would say those are the next potentials for us. I have been on phone calls and presentations with Australia. I’m on a SelectUSA presentation with Japan … Now, that’s not a direct MOU with any particular. That’s the U.S. government helping us publicize Wisconsin, specifically the biohealth industry. But I do see up and coming during the next year or two that we would have further collaborations, MOUs with entities like BIOQuébec.

WHN: What are the next steps? How are you connecting Wisconsin companies with Québec?

LJ: Any events that they have, our members are considered members of now BIOQuébec and vice versa. Their members are considered our members. For instance, we have our annual member meeting coming up at the end of April. They can join in. It’s virtual, right? It’s easy right now. Everything is virtual. But when we are in person, our summit comes up in October, then they are considered members and can attend that event, which is open to more people, but then they get a member discount. So the same thing with them.

We see some exchanges on education. If there’s a specific area that our companies are interested with some Québec companies, we may just have some one-on-one type of meetings that we’re going to help set up. We also think young companies is kind of the next step. Are there some partnership opportunities with some entities within Québec that we could connect you? So we really see us as connectors between companies in Québec and Wisconsin.

WHN: What Québec and Wisconsin biohealth companies are working together already?

I can assure you – I’m sure there’s already some partnership or just even selling transaction-wise between Québec and Wisconsin. So that is part of it is trying to find where are some of those relationships already happening and can we expand upon those.

Certainly, we’re going to have companies like Gilson – they certainly sell into Québec already. It’s not just we’ve opened a market for them. But are there potential for other things that they weren’t aware of? When a company presented for BioQuébec, Gilson was very interested in learning more about that company. So I think those are the things that we’re trying to do. Because you can’t know about every company or every research institution. So it’s trying to build and communicate those kind of assets that each of us have in Québec and Wisconsin.

WHN: When it comes to COVID-19, a number of Wisconsin companies have been involved with addressing the pandemic, like Exact Sciences and Promega. How has Wisconsin’s biohealth industry pivoted to address COVID-19?

LJ: Those were the ones that came out right away. They were definitely in the testing area. They did a phenomenal job of collaborating. And Promega continues to be a leader in supplying reagents for testing kits and also antibody tests. They’re one of the largest reagent producers in the entire world. So they were a key supplier.

I think some other ones that I think are interesting – a young company called Gentueri. They were part of Forward BIOLABS. They moved out, went into a bigger space and they produce swabs for the testing. I know they’re in some different areas. But thank God we had them, all of us. So their business just took off because of COVID because they had the swabs and that capability, that technology that was extremely useful during COVID.

Aldevron would be another one. Their proteins, enzymes went into testing with vaccines, therapeutics. They kind of had a multi-prong where their product line was being used in many facets of the COVID response. We have quite a few companies.

And then in southeast Wisconsin, Nexus Pharmaceuticals, a new company to Wisconsin, some of their products were very useful when people already had COVID and they’re in the hospital and they needed medication, maybe with cardiac issues. I know Nexus products were being used in those circumstances …

So a lot of different strengths is what we have in Wisconsin, which is awesome, whether it’s in the medical device area with GE Healthcare, to therapeutics to testing therapeutics, to testing kits. We’ve had this multi-dimensional attack on COVID.

WHN: Has COVID-19 exacerbated any of the challenges the biohealth industry was facing before the pandemic, like with attracting talent?

LJ: We do need talent. And BioForward is certainly investing into a national talent campaign, trying to make sure that this positive imaging and all the companies we have here. There are great jobs here in the biohealth industry. Catalent has been very upfront. They’ve needed another 100 employees with all this demand with COVID. PPD is always hiring. All of our companies – whether it’s Promega, Exact Sciences – they’re just hiring. In some ways, yes, in the sense of our industry keeps growing. And we’re going to need more and more talent. And this is the type of industry Wisconsin wants to have. It is exciting. It is an impactful industry … these are high-paying jobs. And now we just have to be telling the right story about Wisconsin.