On the Record with Wisconsin Medical Society CEO Chumbley 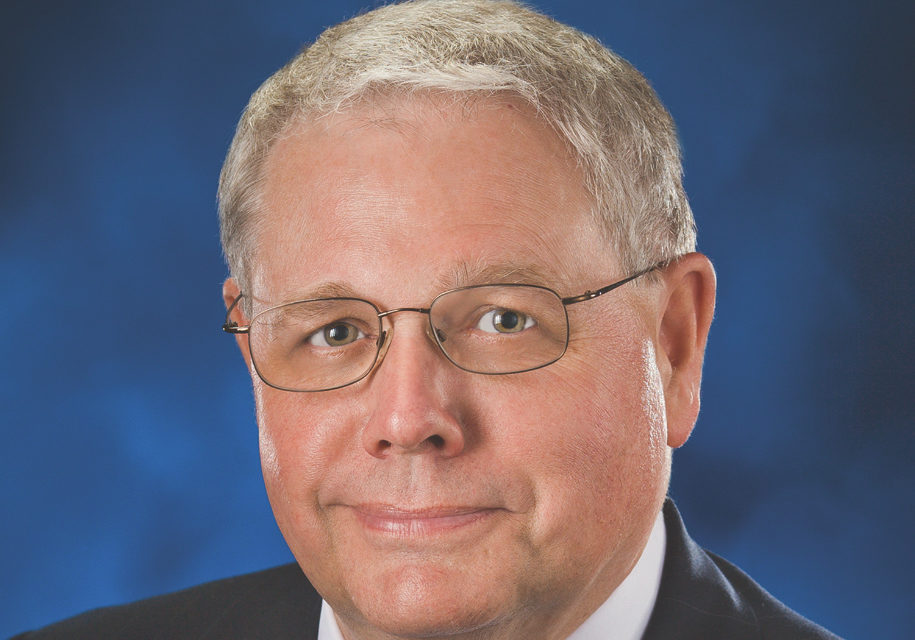 Wisconsin Medical Society CEO Dr. Bud Chumbley is set to retire next month. Chumbley joined the society in November 2017, leading it through the COVID-19 pandemic.

He reflected on his time at the society in a recent interview with Wisconsin Health News.

WHN: What are your top accomplishments?

BC: Before the pandemic hit and changed everybody’s priorities, I spent a lot of time de-risking the society. We owned an old building on the lake, which was very dear to us, and the pension plan, which had become somewhat archaic as a way to save for retirement. And we owned a captive in the Caymans, which served a purpose for physicians who needed malpractice coverage for a period of time until the market hardened. So I spent some time kind of de-risking the society. And we downsized a little bit. Membership organizations such as medical societies and professional societies have lost membership over the years. Although we have actually, over the last couple of years, recovered some of our membership. We have 10,000 members again this year, which is good. So we’re kind of on the uptick there.

And then COVID hit, and we concentrated on that. I think we had what I consider some very positive influence and help for the physicians of Wisconsin. We had a taskforce that met on a regular basis to provide them with information sheets and ways to reach patients on what we thought was the benefit of vaccines. We joined a national group to bring (personal protective equipment) into the state for physician practices when there was a shortage. We worked with the Injured Patients and Families Compensation Fund to have three years of premium holiday for both physicians and health systems, which I think saved everyone a fair amount of money during a time when finances were uncertain. So I think we had a lot of accomplishments.

WHN: Physician burnout was a challenge before the pandemic. What do you see as possible solutions?

BC: Burnout is a term that certainly is descriptive, but it’s more than just burnout. I think it’s the well-being. We need to improve our public health system. Because if we had a robust public health system, I think we would have done better in the beginning. It’s unfortunate that the entire pandemic became politicized because that put physicians in a position in the middle of some political battles and battles of philosophies, which really didn’t help their morale – physicians or nurses or any healthcare worker.

As far as general solutions, not just the pandemic, you know physicians are not happy. And that’s a multi-faceted problem. But it really comes down to a problem for Wisconsin. We have very good healthcare in Wisconsin, but we can’t continue that if we get a significant shortage of physicians, which people are predicting. It’s a very difficult job now due to how the (electronic medical record) is used. It’s used more as a tool for the finance department than it is to improve patient care, although it’s had some positive effects on patient care. But the amount of time that it takes, pre-authorizations, interactions with the healthcare systems, disparity in healthcare, it can be very difficult to get yourself up to go into the office each day. And physicians don’t have the flexibility that they used to have when they were in independent practice. They’re pretty much told where to go, what to do. They’re told to fill out the EMR. One big thing … would be if they could have scribes so they didn’t have to focus on the EMR when they’re in the exam room seeing patients.

I also think you can help physician well-being by having more physicians in the leadership of healthcare systems and what goes on in the state. We still do, but I think it’s been diminished during my tenure at the society and my career here in Wisconsin. And it’s interesting … we have this big infrastructure plan that we’re going to rebuild all the roads and we’re going to rebuild all the bridges for billions and billions of dollars. And not having physicians at the table in making healthcare structural changes is kind of like going to do that whole multi-billion dollar infrastructure without civil engineers. Physicians know medicine and they know how the system should work. But I’m disappointed that we don’t have as many physician leaders as we used to have.

Another thing that we’re working on is a physician health program that’s state-sponsored or medical society-sponsored for physicians that need help, whether it’s addiction or other behavioral issues. We’re one of only three other states that does not have a sponsored physician health program. We’re beginning to work with (the Office of the Commissioner of Insurance) a little bit on that. That would be nice, if we could put that in place. We put in programs for physician well-being, so they can contact counselors through several county medical societies. We’re about ready to sign a deal with a national company that could provide some counseling to physicians. I guess you have to treat the symptom, treat the disease and then you have to try and go back and take care of the causes, which we’re trying to do.

WHN: Forecasts show Wisconsin facing a shortage of doctors. What can address this?

BC: There’s a state committee that’s looking at the challenges. I think it’s important that we keep the malpractice climate friendly to attract physicians. I think it’s important that we look after their well-being. It kind of all ties together. If you’re going to meet the needs of physicians, you have to show that this is a good place to practice and with good healthcare systems that respect the physicians that make up those healthcare systems. So I think it’s all kind of tied together.

WHN: Wisconsin’s healthcare environment is changing, with more consolidation and less independent practices. Is that changing the WMS’ role in advocating for doctors and how so?

BC: It does make it more difficult for us to get our message to the physicians in the state. Because, for whatever reason, it’s difficult for us to get contact information once they become employed. Sometimes I can get a (chief medical officer) to send out some information about membership or something that we’re doing under his or her name, but many times they don’t want to do that. So they become somewhat invisible to us when they become employed by a system, which makes it more difficult to at least get to them and tell them what we do, why we’re doing it and perhaps they would want to be members.

And, I know you didn’t ask this, but there is no evidence that consolidation improves the cost of healthcare or the quality of healthcare. In fact, the evidence is that it overwhelmingly does not. But we will continue to consolidate. And maybe that’ll change, I hope. Maybe once everything’s been consolidated, maybe those in charge will turn their attention to vastly improving the quality and reducing the costs of healthcare.

WHN: What’s next for you?

BC: I don’t know. I’ve kind of failed at retirement three times prior to this. First, for me, is to try not to fail a fourth time and find enough to keep my mind active and my days filled. I’m sure I’ll stay active in the medical society on committees or other things. I’m not one of those people who was smart enough to plan for retirement and develop hobbies, develop a decent golf swing. About all I’ve been able to develop is decent casting and fishing. So maybe I’ll have to perfect that more, do a little bit more fishing, spend more time with my wife.