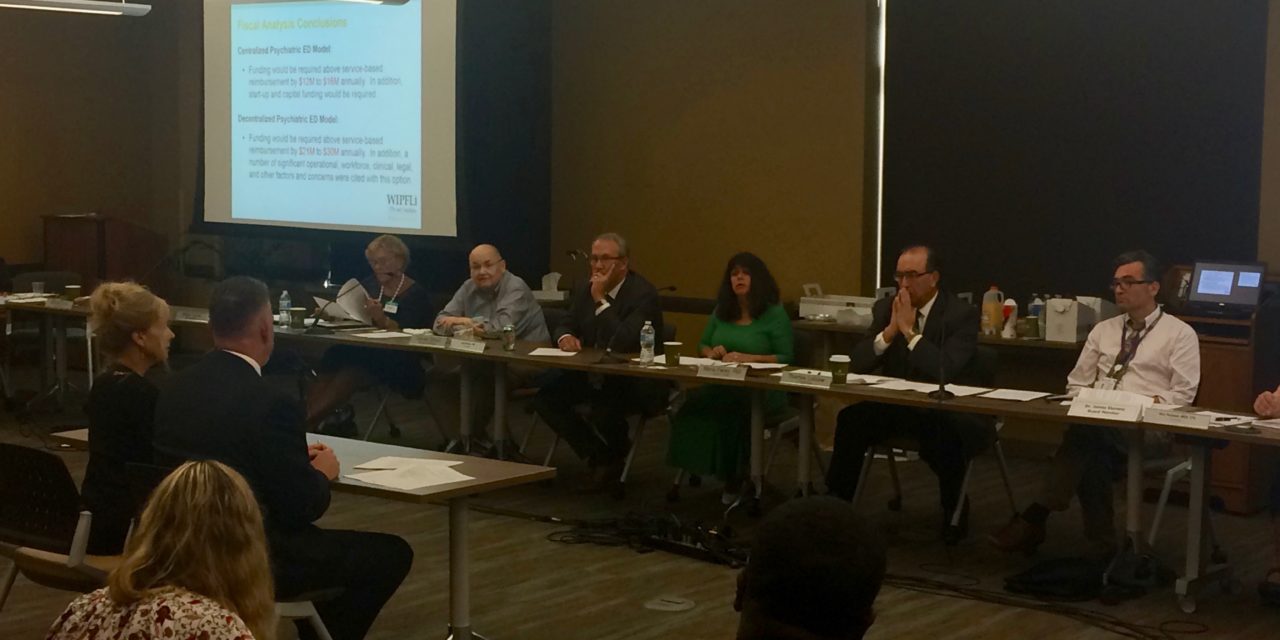 The Milwaukee County Mental Health Board approved the creation of a negotiating team last week that will move discussions forward on overhauling the county’s mental health crisis system.

Tom Lutzow, board chair and CEO at iCare, said they’re concerned that the county is running out of time, given a planned 2021 completion date.

The board asked the county to create a negotiating team similar to one it established to identify Pennsylvania-based Universal Health Services to take on the inpatient services provided at the Mental Health Complex.

The team would be helped by an advisory committee chaired by Lutzow and Maria Perez, vice chair of the board and vice president of behavioral health services at Sixteenth Street Community Health Centers.

“The negotiating team will work with the private systems to bring about a solution,” Lutzow said.

The committee creation came after a presentation of a report from Wipfli, a consultant hired by the board and the Milwaukee Health Care Partnership, providing financial estimates of the county’s proposed transformation of emergency room services.

A centralized psychiatric emergency department would require $12 million to $16 million a year beyond what the county would receive from payers for its services.

A decentralized model with four psychiatric emergency centers affiliated with Milwaukee-based health system hospitals will cost $21 million to $30 million beyond what the county would receive from payers.

The report noted significant limitations to the decentralized model’s estimate. It also details a series of workforce, legal and other concerns with the model.

Board member Kathleen Eilers, a former administrator of the Milwaukee County Behavioral Health Division, said the centralized model seems to be a relocation of crisis services and a potential expansion of people served.

Eilers said that she understands why that may be in the health systems’ interest in not having people served in their emergency rooms, but she doesn’t understand why the county would take responsibility for serving more people in crisis mode.

“My position is if you build it, they will come. I think there’s no doubt about that,” she said. “It will be hard enough to change people’s minds about how we handle people in crisis when there’s an easy solution.”

Eilers also questioned where the money would come from to support other services. “It seems to me there would be no money to do anything else,” she said.

Board member Dr. Jon Lehrmann, chairman of the Department of Psychiatry and Behavioral Medicine at the Medical College of Wisconsin, said that a centralized psychiatric emergency room may be needed due to state laws.

“Even though culture is changing around utilization of emergency detention within our police systems, it still is thought that’s not going to change overnight and we can’t change the law very easily,” he said.

Lehrmann disagreed with Eilers’ comment that the emergency rooms didn’t want the patients. He said that health systems like Froedtert and Children’s Hospital of Wisconsin are building out their mental healthcare services.

“It may have been a perception in the past, but I do think that’s changing,” he said.

The report estimated that about $7.3 million will be available from the Milwaukee County tax levy to support the continuum of proposed services.

Mike Lappen, Behavioral Health Division administrator, said the county has already started to shift to providing more services in the community, including a 2020 budget request for funding crisis resource centers and partnering with community health centers.

“Any further expansion beyond that would have to come out of this $7.3 million and/or through the expansion of revenue opportunities,” he told board members. That could include an increase in state reimbursement for crisis services, among other potential factors, he said.

He added that the psychiatric emergency room is a small part of the system, with other parts focused on prevention and connecting people after a crisis to community-based services.

“There’s a lot of work that still needs to be done around licensure, location, governance, the functional work around implementing this,” he said about the psychiatric emergency room.

Board member Mary Neubauer, public policy and advocacy coordinator at Mental Health America of Wisconsin, said one reason for the increasing numbers could be more people becoming aware of mental health and seeking help.

“We still have so much work to do with prevention and early intervention and having services out there,” she said. “I would not want to see us undercut and not be able to meet the needs regardless of what model we use.”