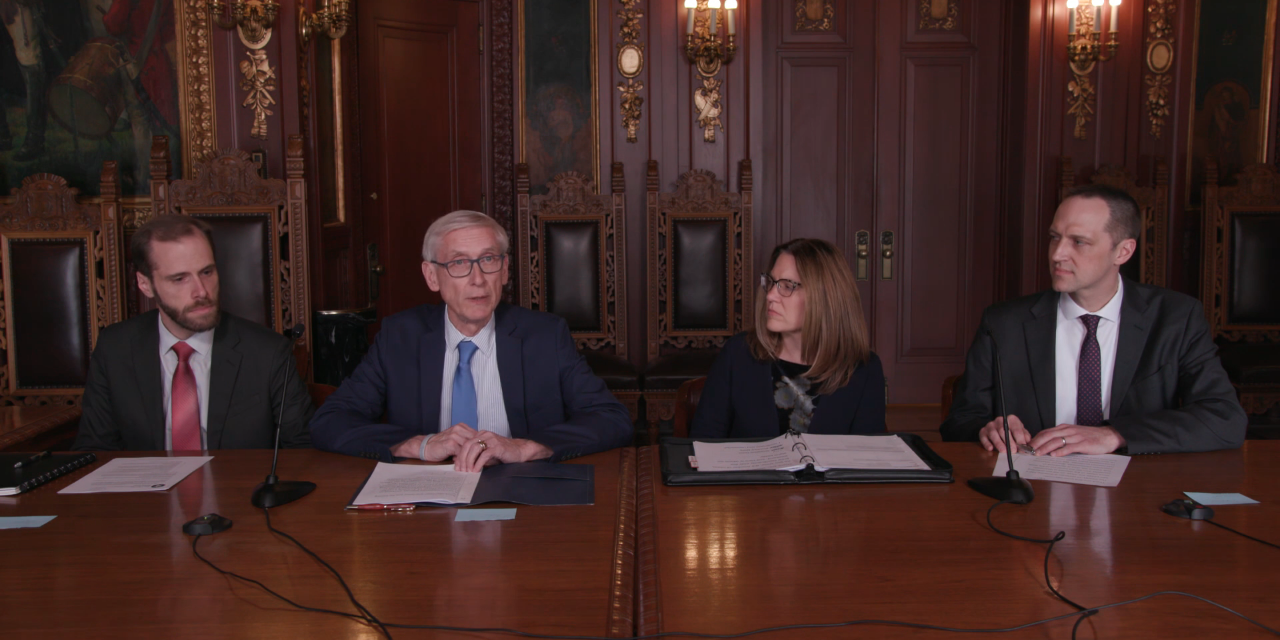 Gov. Tony Evers’ administration issued an order Tuesday that will require people to mostly stay at home except for essential travel like buying groceries, visiting the doctor, picking up medicine or caring for others.

The order, aimed at limiting the spread of COVID-19, will take effect 8 a.m. on Wednesday and remain in effect through 8 a.m. Friday, April 24 or until a superseding order is issued, according to Evers’ statement.

“Let’s all do our part and work together,” Evers said.

There were 416 positive tests of COVID-19 across 30 counties in the state as of Monday afternoon, the Department of Health Services said. There have been five deaths, including a 54-year-old Milwaukee man who died Monday. So far, 7,050 have tested negative.

The City of Milwaukee issued its own nine-page, stay-at-home order late Monday night, with exemptions for essential business and operations. The city plans to modify its order to align with Evers’ order when it’s released.

Evers said that he was acting on the advice of public health experts and that on a call Sunday night, business leaders “were insistent” he move forward with the order.

“Issuing a safer-at-home order isn’t something I thought we’d have to do,” he told reporters Monday. “It’s not something that I wanted to do. And it’s not something that I take lightly. We’re all in this together and we need to help stop the spread of COVID-19 and flatten the curve to ensure that our doctors and nurses and healthcare workers have the opportunity to do their important work.”

Evers said that as of Monday, they were still deciding what businesses will be considered essential.

“It’s not soup yet,” he told reporters on the call. “Otherwise, I would tell you it is soup. But it will be close to being soup tomorrow.”

“The governor’s sudden change of course and lack of specific guidance have increased the level of uncertainty and anxiety in our state,” they said in a statement Monday afternoon. “It was a complete reversal from his repeated assurances. It should be noted that legislative leaders have asked on a daily basis whether or not this was the direction the governor was headed, and we were told it was not.”

Other updates on COVID-19: