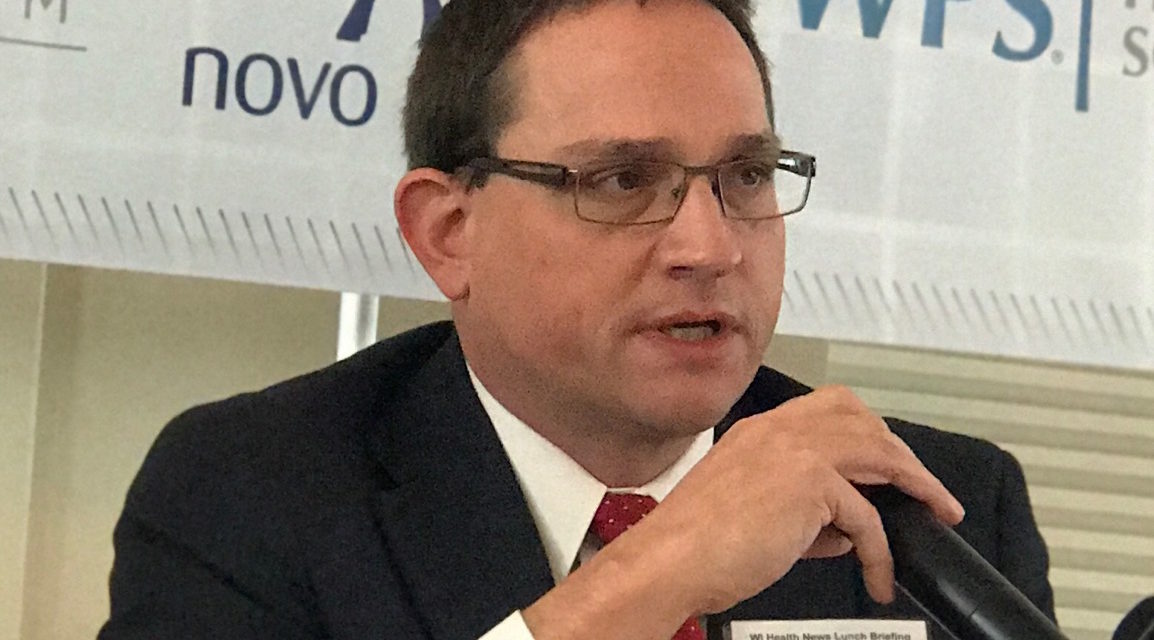 Many Wisconsin hospitals are facing an uncertain financial future as non-COVID-19 patients start coming back to their facilities.

Wisconsin hospitals are set to receive more than $900 million in federal COVID-19 relief funding, but that’s less than half of the revenue they’ve lost since the crisis started, according to Wisconsin Hospital Association CEO Eric Borgerding.

In addition, they are likely to see a shifting payer mix, as a growing number of newly unemployed patients join the ranks of the uninsured or the Medicaid rolls after losing their employer-based commercial insurance.

“We’re bracing for sort of a one-two punch, financially, as it relates to COVID,” Borgerding said in an interview with Wisconsin Health News.

He estimates that Wisconsin hospitals have lost nearly $2.5 billion since mid-March, after canceling elective procedures and taking other steps to respond to COVID-19.

Borgerding said hospitals are ramping back up services. But it’s a slower process for some as patients, and hospitals, remain cautious as the virus continues its spread across the state.

Earlier this month, Gov. Tony Evers announced he was directing $40 million in funds provided to the state by the Coronavirus Aid, Relief, and Economic Security Act to help hospitals with lost revenue and expenses, based on their percentage of Medicaid revenue.

That’s on top of more than $890 million in federal stimulus funding that’s already headed to the state, according to Borgerding.

He said all Wisconsin hospitals were eligible for the first allotment of nearly $490 million. After that, $328 million was sent for rural hospitals, then $32 million for “hotspot” hospitals and, finally, $45 million for safety-net hospitals.

Borgerding said he’s appreciative of the state and federal efforts, but the funding doesn’t fully address the “historic impact” of the pandemic.

“Those losses are still racking up, not necessarily filling that hole back up,” Borgerding said. “I think that will continue for a while.”

Meanwhile, Borgerding doesn’t think it would make sense for hospitals to again close their doors if there is a surge in COVID-19 cases.

He said the financial impact has been too devastating for Wisconsin hospitals. There are also health ramifications from postponing care.

“One of the biggest lessons I think we learned is….we have to co-exist with COVID in the healthcare space,” Borgerding said.

He added that the top legislative priority for hospitals is reauthorizing an increase in disproportionate share hospital payments, which head to providers that serve a high volume of Medicaid patients.

The current state budget increased the payments by about $100 million in state and federal funds.

Meanwhile, Borgerding said hospitals are keeping an open mind about Medicaid expansion, which he said Evers will “clearly” include in his next budget. The Legislative Fiscal Bureau estimated last year it would save the state more than $300 million in state funding.

Borgerding said that when lawmakers were debating expansion last year, the state was facing a low uninsurance rate and a budget surplus.

“Those are two undeniable aspects of the Medicaid discussion that might be a little different this time around,” Borgerding said. “We continue to have an open mind about it like we had in the past.”